Launch of the updated Commentary on the Third Geneva Convention

In light of the current global health situation, the launch of the Updated Commentary on the Third Geneva Convention in Malaysia will take place via a hybrid webinar. A live presentation will be given by Helen Hiemstra Legal Adviser at the International Committee of the Red Cross (ICRC) headquarters Geneva Switzerland on how international humanitarian law protects prisoners of war taking into account existing practice and operational challenges. 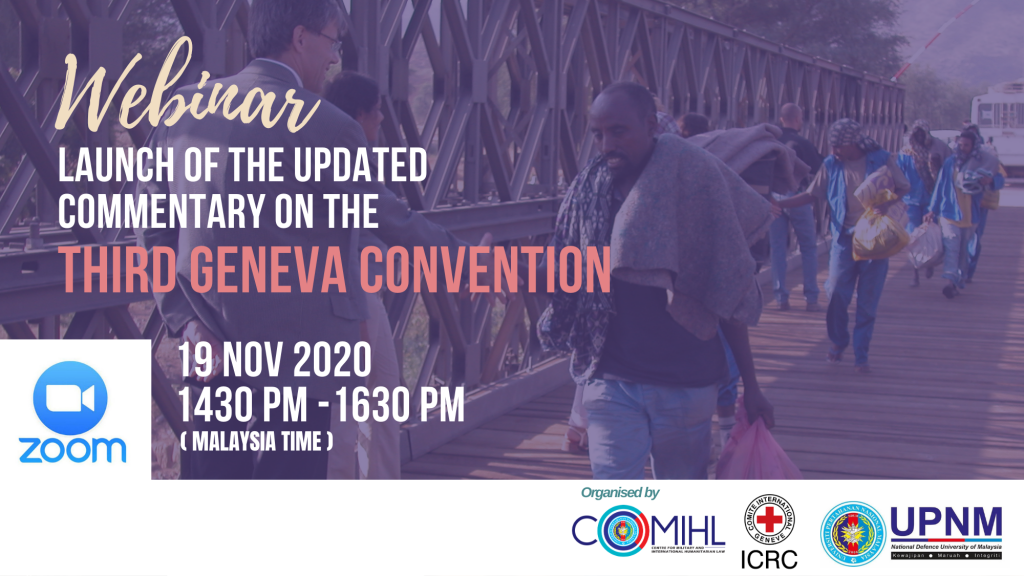 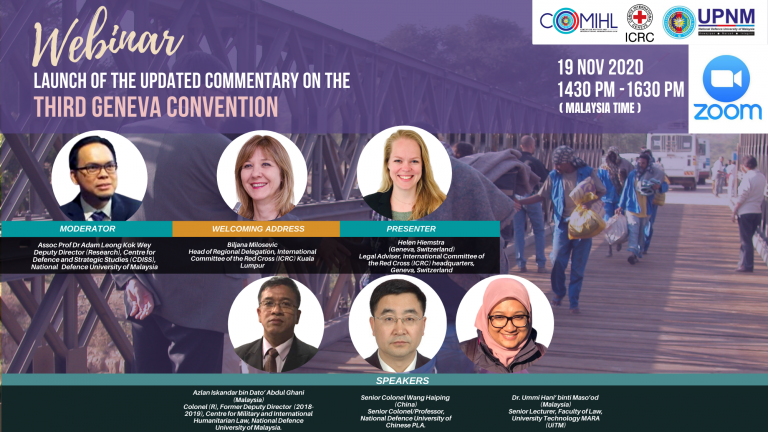 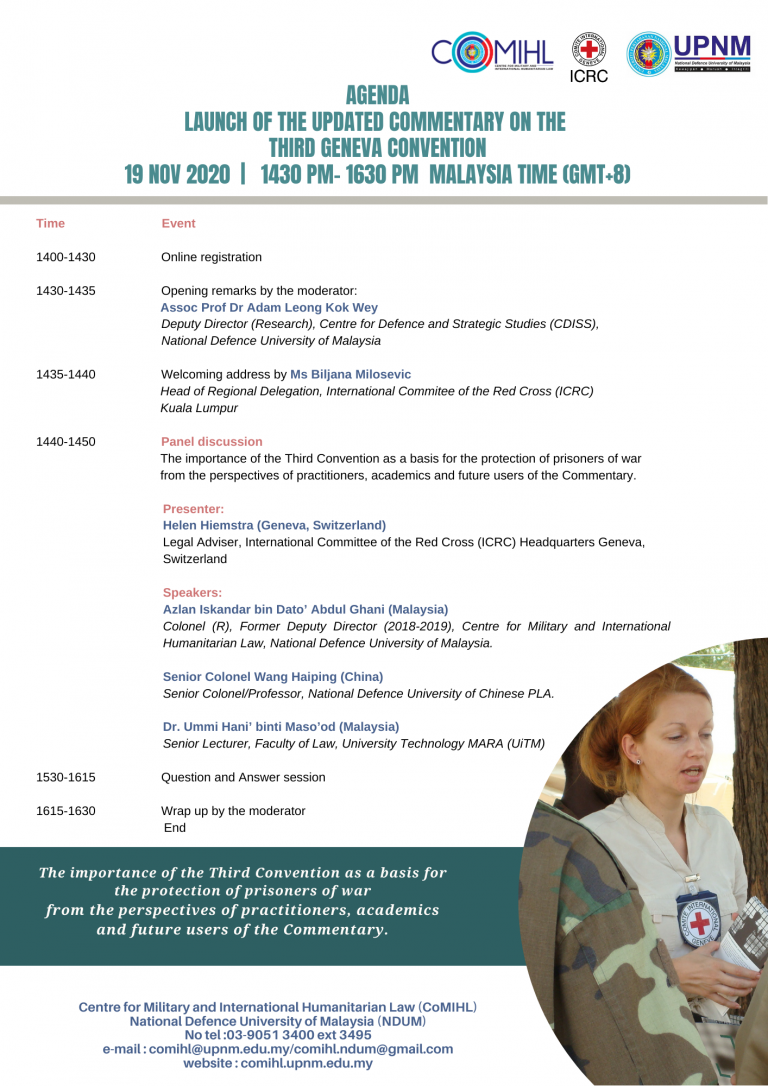