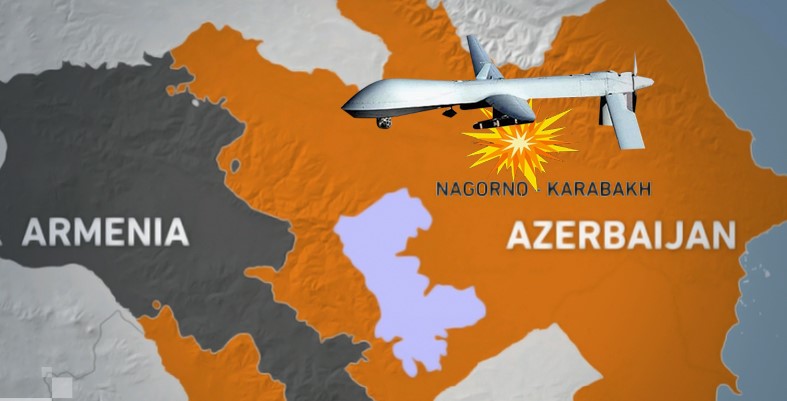 This talk series will explore the issues surrounding the second Nagorno-Karabakh War between Armenia and Azerbaijan that broke out in September 2020. The high-intensity conflict witnessed the heavy use of missiles, drones, rocket artillery which ended in a peace deal concluded by Russia on the 10th of November 2020. This conflict saw massive use of UAVs on a scale that was much publicised and it enabled Azerbaijani Forces to disrupt, out-manoeuvre and achieve her strategic aim of the conflict i.e. of recovering lost territories from Armenian forces, in the words of General Stonewall Jackson “The fastest and the mostest!” All students of manoeuvre warfare theory would find the outcome of this particular conflict to be familiar.

Nevertheless, the spectacular success of the Second Karabakh War (as its sometimes known), though may herald a new approach in the use of available technology in armed conflict, will give rise to LOAC/IHL issues that need to be raised. The employment of UAVs hitherto was always seen in the realm of intelligence and counter-guerrilla warfare. Experience if its employment in Afghanistan and Yemen by non-conventional forces has given rise to allegations of breaches of LOAC/IHL in those theatres of operations. How come, the use of equipment with high definition optics, real-time information, extended loitering time capabilities coupled with stealth features and more importantly, with the operators not subject to enemy countermeasures, could lead to the accidental targeting of non-combatants in the battlespace could ever occur? Logic would say that such an array of capabilities should enable compliance with LOAC/IHL to be enhanced. Thus, this forum would seek to share such matters with the audience. 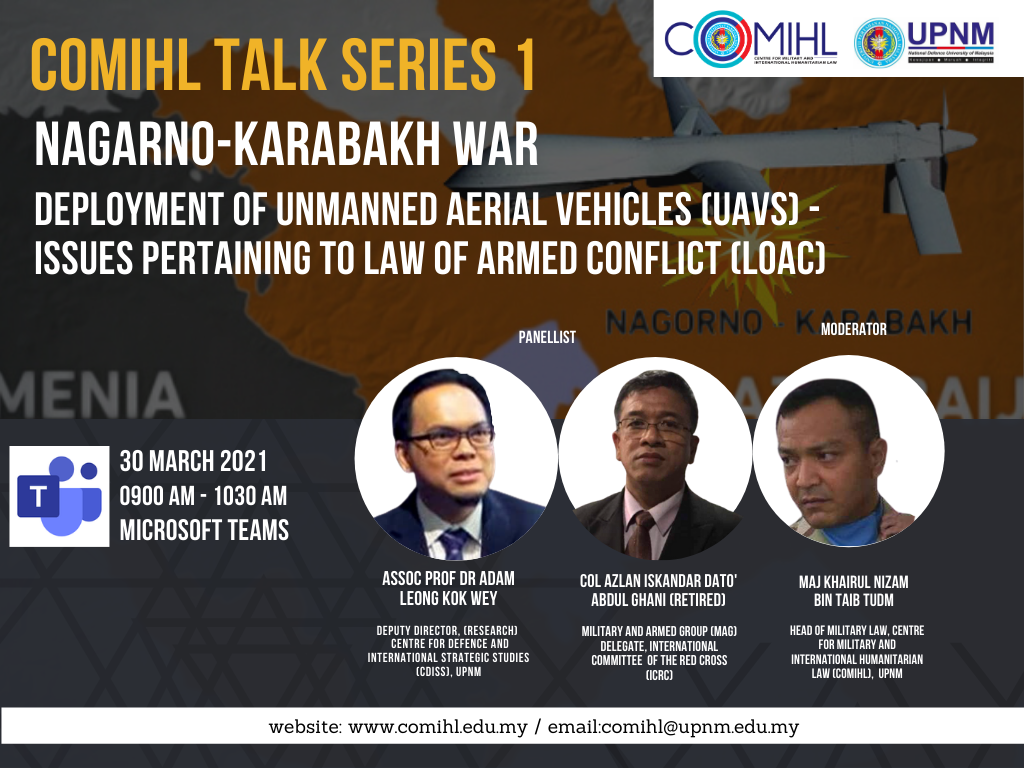